So where were we?  Last week we looked at two stories of two men who exemplified victory and defeat (David and Saul).  We decided it would be fitting to look at the ultimate battle – the greatest battle ever fought in the history of the world.  I’ll say that from the outset, it looked like it ended in defeat.

Before jumping too far ahead let me say a word about defeat from last week’s “hero” David.  Even though David won the battle against Goliath he lost many others.  He lost battles to lust, pride, power, murder and horrific family dynamics.  I am in no way insinuating that we should look to David as the ultimate model for our lives.  I think David is a great example for our lives but he is merely a caricature; a smaller picture of a greater manhood exemplified in a greater “David.”

A Greater David for All the Lesser Sauls

There’s only one real man in history… and he’s not David, Saul, Paul, your dad or the local church pastor.  All other real men are but a picture of the only real man who ever lived.  You may be experiencing a season of extended defeat or frustration.   Perhaps you’re experiencing victory in your life right now.  I can assure you that regardless of where you are right now there is a greater defeat than yours.  Likewise there is a greater victory than the one you’re walking in.  We’re about to see how the greatest victory and defeat are mutually shared between us and the “Greater David” – Jesus.

The big idea is that His defeat to the evil one becomes ours through faith.  His victory becomes ours as though we are the victors who won the battle – again by faith.  We are going to look at two things from Luke 24:1-12 and 2 Cor. 5:21.

The Epitome of Defeat

If you have not read those passages then stop now and read them.  I will reference them as I write and it will be beneficial for you to have them in your mind.  In Luke 24 we see a group of women carrying spices to the tomb of the man they think is dead, Jesus.  Little do they know that this Jesus is no mere man.  He’s a God-man, 100% God and 100% man, who has just overcome the strongest enemy of humankind.
It is important to note that they are taking spices with them.  Spices were laid on and poured over a dead body to hide the stench of death, but more importantly this signified the final act of public morning before they moved on with their life.  They had accepted that death was the consequence for Jesus’ crucifixion and were ready to mourn and try to move on as best they could.  All the beating, flogging, flaying of flesh and muscle, being nailed to a cross, the loss of blood and the rupture of internal organs pretty well settled the deal.  When you add all these things together the sum total is death.  Like putting flowers on a casket at a graveside service, these women approach the tomb of Christ with their spices because He was dead.

Not only do they discover the stone has been rolled away from the tomb, but the tomb is empty.  His body is gone.  I have no clue what must have been running through their mind when they saw the scene.  Nor can I imagine what they must have felt when they heard these words spoken from an awe-striking angel: “Why do you seek the living among the dead?  He is not here, but has risen.”  Did you hear that?  He asked them why they were looking for the living – THE LIVING – among the dead.  My question is who were they looking for, the living or the dead?
The dead – of course.  Remember the sum total of Jesus’ recent circumstances was death.
They were looking for and expecting “the dead among the dead” and so are you and me.  The angel says something completely insane.  To paraphrase what he said: if you’re looking for a dead man, you won’t find Him – He’s alive.  Death was too weak to destroy Him, so He came back…from the dead.  No man in history has ever gone “to the dead” and come back “from the dead” never to die again, fully victorious over it.  That is until the greatest battle in history – when the holiest, most humble God-man faced death.
Death may have delivered the K.O. punch but Jesus got back up and cleaned the floor with the enemy.  This means the power of sin and death had been turned backward and undone.  The dead became undead.  The process was reversed.  NO ONE in history has had the power to do this nor will anyone participate in this power outside of Christ.  Sure, certain people in scripture were raised from the dead, but not on their own.  Only Jesus can stop death in its tracks and cause it to turn lose of its victim.  Because of this, these women found not “the dead” but life in the very place of death itself.
This is the gospel – life in the place of death for those whose sum totals equals death itself.

A Shared Defeat – A Shared Victory

2 Cor. 5:21 says Christ became our sin so that we might become the righteousness of God.  Here’s what this means: Christ’s death was the death we deserve, but He did it for us.  If we have faith in Jesus we don’t ever have to face eternal death and separation from God.  Christ’s death was not purely physical – He literally went through hell when His soul (which had been eternally connected to God until this point) was torn from the heart of God.  He became the physical and metaphysical punishment for all you’ve done.  His death undid your worst sin as though you had never committed it all.  Crazy right?
More than that, His holiness and righteous beauty is freely gifted to those who have faith in what He did for us.  Faith is the way we become as beautiful as Christ, as though we had lived an eternally perfect life – when we didn’t.  Through faith in Him we share his defeat and victory – our sin is defeated through Him and victory over death is ours as a gift.
So men – if you are not engaging in your story well, engage in this one by faith.  The greatest man who ever lived has engaged for you through His death and resurrection and offers you His record for free through faith.  Engaging in this narrative is literally changing everything about my life.  Ask Christ to be the center of your life and your Savior.  He offers us the most engaging reality of all – and He’s done all we fail to do.
If the sum total of your circumstances equals death then there’s hope.  There is life in the place of death for all who are connected to Christ.  Through faith in Jesus you are not bound to your defeat or your own victory – He binds us to His.  And only His are eternally lasting.  Cling to Him.  My prayer is that we all cling to His defeat and victory this week as we engage in His story.
Real men engage.
« Three Questions to Ask in a Power Struggle with Your Child
Please Tell my Daughter She’s Beautiful, Just Don’t Stop There » 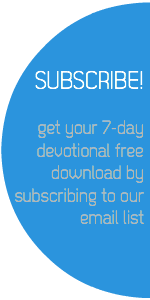 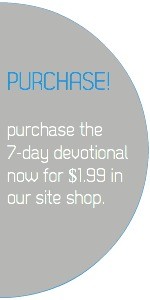 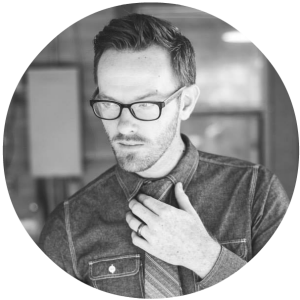